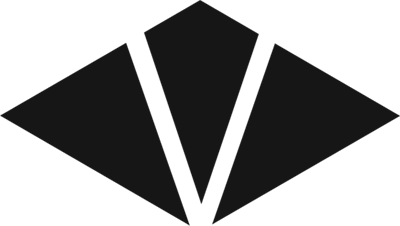 Short stories simulating practical use cases for the Universal Web

A Story from the future.

I look to my dock and see the UW Browser bouncing to call my attention. I click and see that over the Viat wallet icon on the top right side of the browser there’s a 1 indicating unread wallet activity.

I read the most recent one. It’s from @MattKarasiewicz paying me back for getting him a coffee the other day (I don’t drink coffee). I can see that he paid a little extra to use some of the centralized services to guarantee instant delivery and he sent it a few hrs ago.

I look under and see that my @netflix & #DcUniverse subscriptions were recently billed. Which I’ll be renewing as I rather enjoyed the new season of Titans. I see that they used again centralized services to get instant billing which I had initially agreed to.

I close out my wallet and continue to browse to my favorite blog UW://best.blog which quickly loads up. I decide to send a donation to best blog so I click back on my wallet and hit the donate button.

It tells me I’m about to Donate to best blog’s Viat wallet. It knows automatically where to send the donation to because the Domain cert I got from the DIS already had its public key. Which functions as also the key that is used to establish an encrypted connection.

I could also send it to their master public key or another address if specified in the domain cert. I go ahead and send it but this time I don’t want to pay for an instant transaction and I just let the decentralized network do its magic.

(Since every amount of work is utilized in Viat and no guessing is done the transactions can happen very quickly.) Shortly later I see that the P2P network as well as the centralized ones quickly validated the transaction.

Story 2 from the future

I go to visit my good friend @ali ‘s site on the WWW and I realize he’s been blocked. I speak to him over the phone and I find out he’s been banned from some payment services because companies were discriminating against him.

I find out he’s got a UW site to provide an outlet for his audience, his voice, and his ideals. As I connect to the site I can see on the bottom left that Ali’s site has packet puzzles turned on. He gets the profits from the puzzle work and I get access to the site like a ticket system.

My computer quickly does the work in the background and I gain access. Ali’s Viat wallet will soon be credited for the work my computer did to access his site. This is a great passive way to generate Viat for site owners and for audiences to support them.

I go to send Ali a donation and I see that he has a custom address name called “Ali” on the Viat network. Companies and individuals can buy custom addresses with Viat which can be bought and sold in a decentralized manner. Although it’s trademark protected to remain compliant.

Even if I’m behind a great firewall or in a communist regime I’m still able to send Ali Viat. Ali gains passive Viat from packet puzzles turned on ensuring he doesn’t have to rely on ads and he can also get donations automatically because his Viat wallet can be found in the cert.

He also has a voice on the UW because anyone could effectively act as a fully encrypted proxy on the network to further help others bypass firewalls. Whether that’s accessing data from the outside in or the inside out of firewalled countries. (Post solution)