This is our largest commit yet with another one coming Friday. We’ll be open sourcing our chunking code for sending out large data sets over Universal Web Sockets. 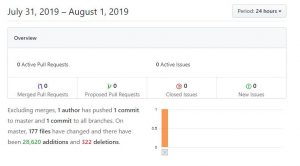 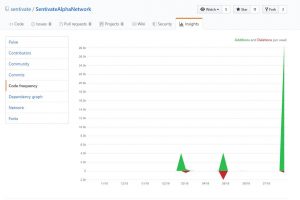 The new API for UDSP connection requests has been abstracted to an Application Layer protocol called Universal Web Sockets, UWS. Similar to WebSockets you must first connect before sending requests over. After connection establishment which is 0-RTT you can use the same UWS object to send requests. This will eventually change the Node module from composition into a class based setup.

This will drastically improve memory consumption and performance when under situations where multiple UWS streams are open ad active.

Huge changes to the Spec coming. Tonight’s release will include this shift. For now the current will ship with object composition. Another update will be released Friday that will include the switch to classes. This update is focused on browser ascetics, components, front-end developer experience, and materialize design framework. Providing a foundation for devs to start to see how the new developer experience will be.

There will be various types of requests and reliability options on a per-request basis. We will also support pushing and subscribing from both server and client. This all happens over a single UWS connection. All our utility libraries have been updated and those have been pushed to NPM. Those updates went out last night. They mainly include security audit fixes. They have already been pushed to our internal repo for Sentivate.