Homepage / Internet / Why make the switch? 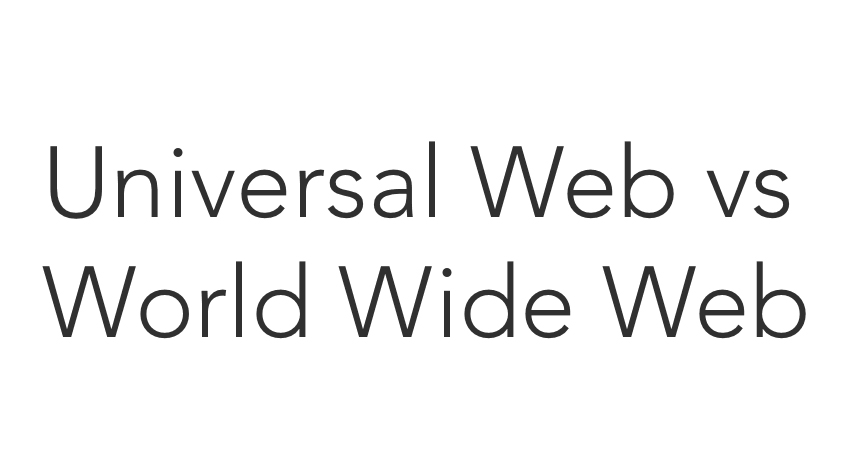 Why make the switch?

Can today’s computers be connected to both networks at the same time?

Yes, you can be connected to both networks at the same time such a restriction will never exist. The browser we will be releasing is capable of browsing either web in different tabs, the browser is based off of chrome without the google eyes.

How long do you think it will take people to switch?

The implications we face from network congestion, security, and outdated protocols is extremely troublesome in the long run. It’s not a question of if, but when humanity pushes for a solution exactly like Sentivate to replace the existing web.

A full switch will take time most likely years. The switch can be effortless for the average consumer and companies by simply supporting both protocols from the application layer or even an operating system update. Just as google showed with QUIC you wouldn’t even know it was happening.

Do you think “faster internet” vs “sluggish” is a strong enough argument? Do people consider today’s internet sluggish?

For an entire industry just saying faster is the difference between billions in losses or billions in gains. The financial and stock trading industry has invested copious amounts of capital into internet technology specifically speed. They rely on variations of TCP still to get stock data between hubs. They have made advancements everywhere except in DNS & custom UDP based protocols like UDSP. They could easily have a drop in replacement with Sentivate and have a huge advantage over other high speed traders. With the proper implementation and pitch it’s a no brainer for them to make a full switch where possible.

Internet companies and governments know how big of an issue this is becoming and as such governments have research agreements for next generation internet technology. Not just software but also introducing hardware like caches to help speed up performance. It’s affected the internet so much the idea of fast lanes will become the only logical solution to have a viable internet with current tech. With more and more devices connecting to the web every day this becomes a dire issue, the congestion will only build. The idea of having lanes means in the long run the average consumer will experience a drastically slower web that we have today all while using the same tech.

The issues regarding the web are actually very well known and millions of people use alternative web technology like QUIC without even knowing it. QUIC is built into google services and browsers to gain an advantage over HTTP being based on TCP; it’s destined to be slow. The additional performance and resources gained from QUIC are more than enough for google to continue to use it.

DARPA actually points out the issue of relying on outdated technology that was not made with modern requirements in mind.  More on that here https://www.darpa.mil/program/dispersed-computing

The web is broken in many ways and the way we are approaching it is not just from a performance metric. It’s browsers, security, efficacy, reliability, availability, congestion control, portability, scalability, development, languages, DNS, and protocols. This are all the sectors we hit upon and are creating new technology to either replace or enhance existing components.

Can today’s computers be connected to both networks at the same ...

There are many projects looking to build a “replacement” for the W...

Another short story thread for the web developers

For the #web #developers out there. Imagine this. The first packet ...